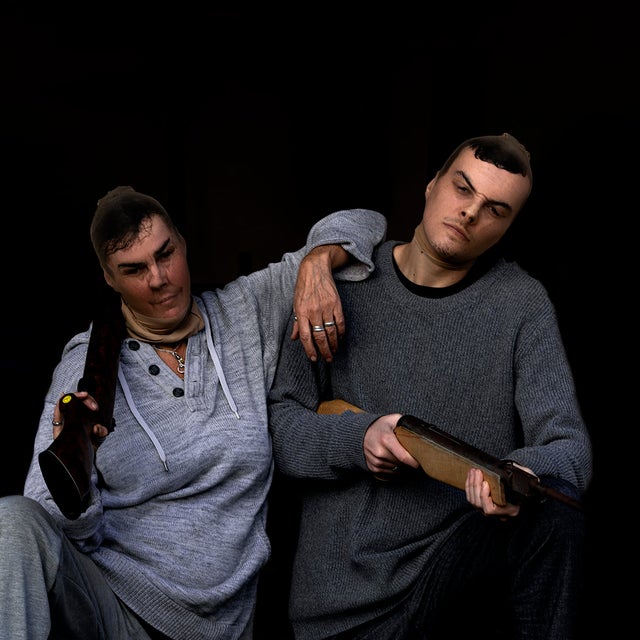 Originally intended as a statement against the idealised family album. The concept derived from the desire to do family portraiture without conforming with the ‘happy family’ aesthetic. The tights serve to distance, distort and discomfort familiar faces, replacing white shirts and smiles with stockings and a frown. ​The series has since evolved to also reflect on the ‘strangers’ in my family. The members which fall into a limbo between stranger and familiar. Whether its a third cousin twice removed, that weird uncle you met at a wedding once, or the members which live on in photographs.